What Will That DUI Conviction Really Cost You?

You are here: Home / General Information / What Will That DUI Conviction Really Cost You?
June 28, 2016 by Matt Talley 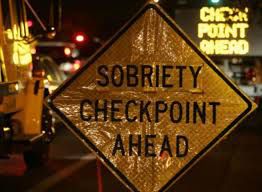 Believe it or not, there are people in the world who don’t think receiving a DUI conviction (driving under the influence) is a big deal. These are the people who routinely get behind the wheel while drunk, and often they’ll do so multiple times before they are finally caught and charged.

Even after they’re arrested for the first time, some people don’t worry that much. After all, what’s a first offense going to run you anyway? It’s a misdemeanor unless you crash and injure or kill someone, so what’s the big deal?

Turns out the big deal is not just that you’ll lose your driver’s license and it’s not just that you’ll have to drive with an ignition interlock for a year. The big deal for some people might not even be that you spend a few days in jail. Some offenders only understand the true cost of a DUI conviction when he or she sees what it does to their bank balance.

Take a DUI conviction in California for example: along with the fines, administrative fees, impounding fees, and court ordered drive safe or other programs, a single DUI conviction could cost you approximately $15,000. That’s a single DUI without having to pay victim restitution or ignition interlock costs, and you will have to pay ignition interlock costs if you live in certain counties in California.

How can it add up to that much? It starts when you are arrested, booked, and fingerprinted. The costs associated with fingerprinting and booking is approximately $170. If the police also decide to tow your vehicle they will charge you an impounding and towing fee of $350.

Once you’re in court you’ll be required as a first offender in California to pay fines up to $1,000. You’ll also be required to pay court penalties of over $1,200 and attend DUI school for $575.

Out of all the costs, the penalty that will hit you the hardest is car insurance. While you may have enjoyed fairly low premiums for most of your driving career, once you have a DUI conviction on your record you’re considered a risk and you’ll be required to get special insurance. It’s called SR22 coverage in California, and it can cost you up to $10,000 over a ten-year period.

A DUI conviction is a big deal, and if you aren’t worried about the possibility of crashing and killing someone while drunk, maybe you’ll be deterred by what it will cost you. As you can see, it’s a lot more than a simple fine when you drink and drive.

The States With The Most Drunk Driving Arrests
Next Post: Texas DOT Urges You To Plan Before You Drink And Drive