Arrested For DUI? Here’s One More Thing To Worry About

You are here: Home / General Information / Arrested For DUI? Here’s One More Thing To Worry About
May 24, 2016 by Matt Talley 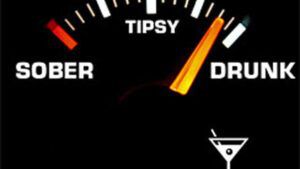 There’s a lot that goes through your head right after you are arrested for DUI (driving under the influence). What’s going to happen now? Will I have to go to jail? How much will I owe in penalties? It’s a lot to take in, and a DUI isn’t the type of thing that’s over and done with quickly.

The problems that stem from receiving a DUI can last for a long time. Take your insurance premiums for example: you might think that once you pay for your ignition interlock and driver’s license reinstatement fee you’re off the hook as far as driving is concerned. Unfortunately for drunk drivers everywhere, that’s not exactly the case.

Take Florida for example: before you can reinstate your driver’s license you have to purchase FR-44 insurance. FR-44 means you have increased liability insurance for three years because your insurance company considers you high risk. They may not even want to reinstate your policy because of that DUI, and if they do, you’ll be looking at an increase in rates by up to 300%. Once you have the FR-44, you’ll have to maintain it for three years.

Arizona isn’t a state where you’d want to be arrested for DUI either. Along with other states they require you to have SR22 insurance. Instead of paying a standard premium of around $100 per month, you’ll have to pay three or four times that. Not only that, you’re on the hook for SR22 for as long as the state wants you to be. Just like the FR-44 in Florida, most states require that you have SR22 insurance for 3 years.

In addition to that hike in your insurance rates, some states will require you to pay for and attend DUI school. Plus, there’s also the cost of legal fees, maintaining your ignition interlock, and paying the penalties set out by your state.

It’s no picnic when you’re arrested for DUI, and the monetary costs can add up in a blink of an eye. The good news is you can keep your insurance, your driver’s license, and your money in the bank if you just make the choice to never get behind the wheel drunk.