You are here: Home / Law / DUI And Ignition Interlock Laws In Florida
July 22, 2014 by Matt Talley 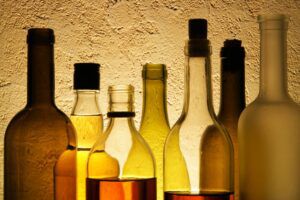 Sunshine, palm trees, and those cocktails with the little umbrellas – when you visit Florida you get the full vacation package. But if you plan on drinking a few of those summer beverages, you’ll want to hand over your car keys or call a cab because driving under the influence (DUI) and ignition interlock laws in Florida crack down on drinking drivers.

If you’re over the age of 21 in Florida and you’re arrested of driving under the influence with a blood alcohol of over .08, you could receive:

Second DUI offenders in Florida are required to install an ignition interlock device in their vehicle for a period of one year. They could also receive:

In Florida, a DUI conviction will stay on your driving record for 75 years, and in addition to the penalties imposed if you’re convicted of DUI, you’ll also have higher auto insurance rates to deal with. No matter what state you’re in, drinking and driving is a bad idea, so stay safe and always drive sober.