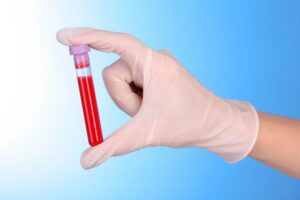 Lawmakers in Utah had to know there would be backlash to dropping the legal blood limit (BAC) from .08 to .05, and the although the ink from the governor’s signature has barely dried, there’s already strong opposition to the measure.

The American Beverage Institute has been leading the charge in the shape of a full-page advertisement in the Idaho Statesman newspaper. The ad, entitled “Utah: Come for vacation, leave on probation,” details how one drink with dinner could put you over the .05 limit.

The ad may have been designed for shock value, showing how easy it is to hit the legal blood limit and be charged for drunk driving in Utah. It’s also a result of the frustration of the hospitality industry after they unsuccessfully lobbied for the governor to veto the law before it was final.

Why are they up in arms about the lower legal limit? There’s no question the hospitality industry in Utah is concerned the new law could affect their bottom line. According to research on alcohol and drinking by Mothers Against Drunk Driving (MADD), all it would take is one 6 ounce drink for a 120 pound woman to reach .05. It may not be that easy for a man who’s heavier, but it’s safe to say that people who know they are going to drive may skip that second drink at dinner if they think they might be arrested for drunk driving.

But the hospitality industry in Utah is missing one of the points of the new legal blood limit: by drastically lowering the legal blood limit lawmakers are hoping people realize that they shouldn’t be drinking alcohol and driving at all. There’s no safe amount of alcohol you can drink and then drive, and it would be very difficult for Utah bar, restaurant, and pub owners to argue against that fact.

There’s a simple solution to wanting to have a second drink in a restaurant in Utah. Just call a cab or appoint a designated driver. That way you can drink as much as you’d like, you’ll never hit the legal blood limit, and no one, including you, will have to suffer from your choice to get behind the wheel after drinking.

This Is Why Repeat Drunk Driving Offenders Should Never Get A Pass
Next Post: Texas Driver Arrested For Drunk Driving After She Calls Herself In