Utah’s Lower Blood Alcohol Concentration Could Be Just The Beginning

You are here: Home / Law / Utah’s Lower Blood Alcohol Concentration Could Be Just The Beginning
April 12, 2017 by Matt Talley 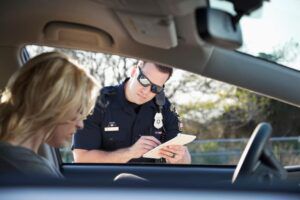 It’s hard to believe but it’s true: driving with .05 blood alcohol concentration (BAC) is no longer an option in Utah. The state has finally taken the recommendation from the National Transportation Safety Board (NTSB) suggesting all states adopt a lower blood alcohol concentration, and they have officially dropped its BAC from the US legal limit of .08 to the now legal limit of .05.

Although the bill looked to be touch and go for a while, Utah Governor Gary Herbert went ahead and signed it into law. Utah now has the distinction of being the one state in the entire nation with the strictest drunk driving laws, and the new law goes into effect on December 30th, 2018.

Alcohol affects everyone differently so those numbers may not add up exactly for every driver, but it’s safe to say that the new lower blood alcohol concentration will result in police casting a wider net and those who drink casually could get caught up in it.

Those who support the law feel as though any amount of alcohol is unsafe if you’re getting behind the wheel of a car, while the law’s biggest opponents, those in the restaurant, pub, and tourist industry, feel as though the law punishes those who aren’t really impaired and won’t discourage drunk driving.

No one knows what it will be like to have the new lower blood alcohol concentration in place, but it’s safe to say that all eyes will be on Utah after January 1st, 2019.