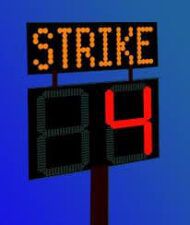 There’s only one true way to stop a drunk driver who’s determined to drive, and that’s an ignition interlock. Unfortunately there are people ordered by a judge to have one but they aren’t installing them. Or they live in a state where DUI offenders aren’t required to have an ignition interlock and they’re still driving on a suspended license. Whatever the reason these people are still driving on the roads, its causing a huge repeat offender problem in the United States.

Those repeat offenders will go on to drink and drive again and again, and that’s one of the reasons why Colorado implemented a felony DUI law in the first place. The new law was brought in as of August 2015, and since that time any repeat offender with four or more drunk driving convictions during their lifetime will be punished with a felony charge that brings with it up to six years in prison. Before the law, repeat offenders only received a misdemeanor charge and spent up to one year in prison.

But according to a recent news article, it still remains to be seen whether Colorado’s felony DUI law is working. Although a felony comes with serious prison time and up to $500,000 in fines, Colorado still has a huge repeat offender problem, and it’s been difficult for officers to pinpoint whether someone has multiple DUI charges when it comes time to charge that person. It’s so bad that one officer was quoted as saying, “It’s a mess right now.”

Every new law has growing pains, and odds are the issues the police are having will level out with time. Although it can’t be easy in terms of jail capacity and court time, implementing a felony DUI law for repeat offenders is a good step in the right direction for Colorado. It will take those repeat offenders off the roads and put them behind bars instead of the wheel of their car, and that’s not a bad thing if it shows them the consequences of drinking and driving.

Going For A Dip? Drinking And Swimming Can Be Lethal Too
Next Post: Wondering Why You’re Arrested For Drunk Driving At .08?