You are here: Home / Law / Charged With Felony DUI? You’re Looking At a Long Prison Stretch.
June 6, 2017 by Matt Talley 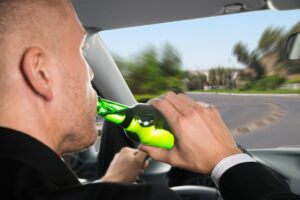 Felony DUI, also known as felony driving under the influence or felony driving while intoxicated (DWI), is a relatively new charge for many states and one of the penalties Mothers Against Drunk Driving (MADD) promotes in addition to ignition interlock devices for all offenders.

How an offender would receive a felony DUI and exactly what happens when they do receive one depends on the state that offender lives in, but it’s safe to say that it’s an extremely harsh penalty. An offender who is charged with felony DUI can expect to receive thousands of dollars in fines and a stiff prison sentence, and that prison sentence can add up to some real time spent behind bars.

Take a repeat offender in Texas who’s been made an example of for all drunk driving offenders. He was convicted of two misdemeanor driving while intoxicated (DWI) charges within a five-year period, and in 2012 was also convicted of burglary.

During his trial it was revealed that he drove his truck off the road into a parked car, and that parked car was pushed into someone’s home. When it stopped, it was dangerously close to where a nine year old child was sleeping.

When he was arrested police took his blood sample and found he was three times the legal limit at 0.28. He was arrested for felony DUI and after a speedy fifteen-minute deliberation, the jury decided he was going to prison for twenty years.

That’s a long time to ponder why you’d make the decision to drink and drive so many times you’d end up charged with felony DUI, and it’s worth noting that most offenders don’t end up going to prison for this long unless they’ve killed someone while driving drunk.

But it just goes to show: anything can happen when you’re in front of a judge and jury for felony DUI, and this should be an example for every offender who doesn’t want to end up in the same situation.

Stopped For DUI: Not Drinking, But Still a DUI For Tiger Woods
Next Post: Another One Of Those Crazy Drunk Driving Stories From Florida