What’s The ARD Program For A First Time Pennsylvania DUI?

You are here: Home / Law / What’s The ARD Program For A First Time Pennsylvania DUI?
March 28, 2017 by Matt Talley 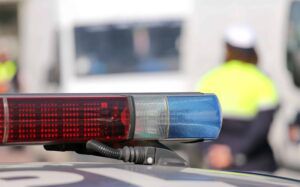 There’s one program that someone with a first time drunk driving charge in Pennsylvania may be interested in: the Accelerated Rehabilitative Disposition (ARD). This is an alternative to a criminal trial, and it focuses on rehabilitation and lets any first time offender avoid the stress of a long driving under the influence trial so he or she can get on with his or her life.

The ARD is kind of like receiving probation for your drunk driving conviction, but instead of having a DUI (driving under the influence) conviction on your record, if you successfully complete the ARD program your DUI will be removed.

Here’s a few things you should know about the ARD if you’ve received a first time drunk driving charge in Pennsylvania.

Only first time offenders are eligible

The judge or district attorney on your case will decide whether or not you’re eligible for the ARD, and it’s good to know that not every first time offender will be accepted. Normally if you’ve caused serious injury to someone else because of your DUI, someone died, or you had a child under the age of fourteen in the vehicle with you, you won’t be eligible for the ARD.

Not everyone passes the ARD

Just because you’re allowed to enter the program doesn’t mean you’ll pass it. If you fail any part of the ARD program you may be removed from it by your local DA. That means you’ll want to attend all supervision meetings as well as the DUI school you’re required to complete. You’ll also want to pay your fines and make sure you don’t violate any aspect of the ARD program.

A drunk driving conviction is a mistake many people make once and never again, and if you’re willing to put the effort in, the ARD may work for you in Pennsylvania.

Friday Fallout: Rooster The Star Of Crazy Drunk Driving Story
Next Post: Another Court Says No To Blood Draws From Drunk Drivers