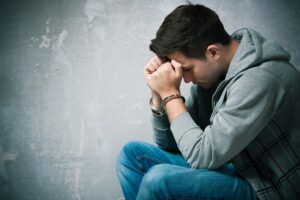 Florida drunk driving crashes are fairly common. Every weekend you’ll hear about one or more crashes in the sunshine state, so it’s not going to surprise you that the first drunk driving crash of 2017 happened in the early hours of January 1st. What could shock you is that it was caused by a teen drunk driver who isn’t even legal to drink yet.

Right after the clock struck midnight on the new year, a nineteen year old was driving a borrowed car down a highway in Key Largo. She veered off the road, hit a few street signs, and did a lot of damage to both her vehicle and the street signs. Although that’s a problem for any drunk driver, it’s even worse if that drunk driver is only nineteen and shouldn’t be drinking in the first place.

The Florida teen isn’t the only underage drinker kicking off the new year with a drunk driving crash. After police pulled over a North Carolina teen for drunk driving, he was handcuffed and put in the back seat of a squad car. Left alone in the vehicle, he made the decision to un-cuff himself, get behind the wheel of the car, and head off on a joy ride. Although he’s only eighteen, odds are he’s going to be spending some adult-sized time in a local prison.

There might be driver’s education and programs in the high schools to stop teen drunk driving, but a lot of teens seem to be ignoring that and driving drunk anyway. Maybe it’s time for states like Florida to enforce  zero tolerance laws for teen drunk driving.

The CDC (Centers for Disease Control and Prevention) believes zero tolerance laws are an effective step to stopping teen drunk driving crashes, and along with parental guidance, mandatory ignition interlocks, and graduated driver licensing, could form a system to stop crashes like these on New Year’s day and every day after.

Utah Fights Drunk Driving By Drafting Bill To Lower BAC
Next Post: Driving Drunk And Playing Pokemon Go Will End With You In Prison