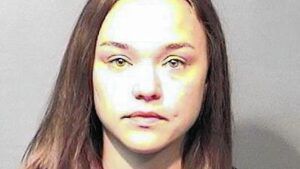 When it comes to drunk driving, Florida is one state where DUI driving under the influence) crashes happen so often they’ve almost become expected. But some of them aren’t as cut and dried as driving into a light pole or veering off the road.

Take one drunk driver near Orlando for example: almost four years after a crash that killed her friend, Jessica McQueen is finally behind bars and serving time for her DUI crash. The only problem? She never actually admitted to driving the vehicle that crashed.

McQueen and her friend Shaun Pleima were traveling in a jeep around 11:30 pm on State Road 528, and they had just passed an exit when McQueen began losing control. She drove off the road and onto a grass median, then over-corrected so the jeep flipped over several times.

When witnesses came upon the crash scene McQueen was injured and lying beside the driver’s door. She explained to those attending that she was not driving the vehicle, but that she was asleep in the backseat at the time of the crash. Although police looked for another driver no one else was found, and after Shaun Pleima was transported to a medical center, he died shortly after.

McQueen’s blood alcohol concentration (BAC) was taken after the crash and was found to be double the legal limit. Pleima had a similar BAC. With no witnesses to the crash, it took the investigators a full year before they figured out exactly what happened. They had to use evidence from both the vehicle and the marks left on the road to show that McQueen was driving and responsible for the DUI crash.

It’s not surprising that it took that long to convict and put McQueen behind bars. A recent report by Naples Daily News showed that Florida is host to hundreds of DUI fugitives, mostly because many offenders aren’t arrested right at the scene of the crash. Just like this DUI case, law enforcement are required to take their time and cover all of their bases in order to get a conviction, and that means DUI offenders can occasionally slip through the cracks.

What clinched the conviction for law enforcement was what happened a year after the crash. Before McQueen was officially arrested for DUI manslaughter, she was stopped again for drunk driving. Her second drunk driving arrest played a big part in putting her behind bars for 10 years for the death of Shaun Pleima.

Justice might be served in this DUI crash, but jail time for McQueen won’t change what happened or bring Shaun back to his family, and that’s always the greatest tragedy when anyone chooses to drink and drive.

Here’s What’s Been Happening In The World Of Colorado DUI
Next Post: Drunk Driver Has An Ill-Timed Craving For Frozen Yogurt