Naked Man Decides To Drink And Drive In Florida

You are here: Home / General Information / Naked Man Decides To Drink And Drive In Florida
December 28, 2015 by Matt Talley 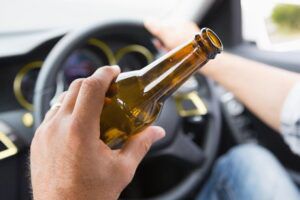 If you were a police officer, it would be really easy to think you’d seen it all when you live in Florida. After all, this is the state that has a lawyer who specializes in golf cart DUI, and a grandmother was arrested not long ago for driving drunk while in her bikini. The suspect in this case however, had less clothing on than a her bathing suit.

State troopers in Alligator Alley received a few phone calls about a Cadillac that speeding while driving on and off the road. The driver was estimated to have been driving around 110 mph when he was pulled over, and he had open alcohol in the vehicle. When asked to step out of the car, the trooper noted that he was completely naked.

Because he had blood shot eyes, slurred speech, and he smelt of alcohol, the trooper asked him to perform several field sobriety tests. When he tried to exit the vehicle to put his pants on, he stumbled and revealed more bottles of alcohol in the vehicle. It’s hard to imagine a naked person performing a field sobriety test, so it’s no surprise that he declined.

In addition to the DUI charge and a misdemeanor charge of driving without a license, most people would assume that the suspect would be charged with public indecency for driving naked, right? Wrong. Did you know it’s not illegal to drive naked in many states? Because of the temperature you’d probably see more naked driving in states like California and Florida than you would in North Dakota and Minnesota, but it’s still legal all the same.

If you look online there are even a few tips for driving naked including not driving on leather seats in the heat, always bringing a towel, and if you exit the vehicle, make sure you put something on. Oh, and especially when you’re driving in Florida, don’t forget the sunscreen.

Hopefully that one naked drink and drive will be enough to last him, because according to Florida DUI laws, this is one driver who could be on his way to jail for his crime. Maybe if he ever gets back behind a wheel again, he’ll remember to put his pants on before he puts the keys in the ignition.