Good Reminder You Get A DUI On Any Motorized Vehicle

You are here: Home / General Information / Good Reminder You Get A DUI On Any Motorized Vehicle
June 12, 2015 by Matt Talley 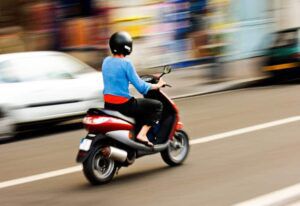 It’s all too easy to fall into the trap of thinking you can only be arrested for driving under the influence (DUI) when you’re driving a car, truck, or van. That might be because the public usually only encounters checkpoints designed to stop a host of drunk drivers at one time, and all of those drivers are in standard motor vehicles.

But there are a lot of different types of motorized vehicles you can be charged for DUI on, and as one man found out, chugging a beer while driving them can get you into a lot of trouble.

William Shaw Lyon was driving down a busy street on a motorized scooter, and he had an open container of alcohol in his hand. While weaving back and forth in and out of the lanes, he managed to cause traffic jam that caught the eye of local police.

When he was pulled over he admitted to being intoxicated, and he promptly failed a field sobriety test. This was his third DUI offense, and he was also charged with having an open container, disorderly conduct, and possession of marijuana.

The case has been in front of a judge several times, and his defense attorney argued that the scooter was not included in motor vehicle laws prohibiting drinking and driving because it has a maximum speed of 4 mph. The judge felt otherwise—because Lyon was on the roadway, he feels he undertook the duties of a vehicle driver.

If he’s convicted for DUI in Michigan, the scooter operator could receive up to 5 years in prison. Other penalties in Michigan include fines up to $1,000, driver’s license suspensions for one year, and an ignition interlock for repeat offenders.

This case is a good reminder that all motorized vehicles, from tractors to scooters and even go-carts, could result in a DUI charge on the books.

The Battle Of The Breathalyzer
Next Post: The DUI Lowdown On Memorial Day Weekend In California