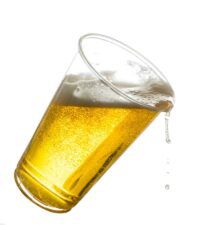 It’s hard to believe, but it really hasn’t been that long since all states adopted a .08 blood alcohol concentration (BAC). It’s now the legal drunk driving limit after which you can be arrested for drunk driving in all states, but it’s only been that way since 1998. Before the overall adoption of 0.08, each state varied in what their legal BAC level was.

Fast forward to present day and there’s another battle over BAC that’s building momentum: the National Transportation Safety Board (NTSB) has been pushing all states to adopt a 0.05 legal drunk driving limit, and it looks like Hawaii might be getting on board.

Hawaii would like to toughen up their drunk driving laws by putting forward Senate Bill 18, requiring Hawaii to drop their legal limit from 0.08 to 0.05. The bill has been put forward by Senator Josh Green, a Senator who’s also a doctor who believes that lowering the BAC will make a huge difference when it comes to drunk driving.

Quoted on Khon2 News as saying, “At 0.05, you’re 50 percent less likely to cause an accident, less likely to hurt yourself, to kill an innocent person on the road,” Green believes Hawaii should take the NTSB’s recommendation seriously. If they did, they would follow the lead of countries like Europe who already have 0.05 as their legal drunk driving limit.

Not everyone in Hawaii is on board with the proposed bill. A defense attorney quoted by the same news source thought that lowering the BAC would cause a backlog in the court system, and that police should focus on those that are seriously intoxicated instead of apprehending those with a low BAC.

Will Hawaii be the first to jump on board and lower the legal drunk driving limit in the state? If countries like Europe are any indication, it’s an idea that could drop the amount of drunk drivers on the roads in Hawaii in a significant way.

Stalled Ignition Interlock Bills Back In Action In Wisconsin
Next Post: Friday Fallout: Husband And Wife Both Charged With Drunk Driving