Wondering Why You’re Arrested For Drunk Driving At .08? 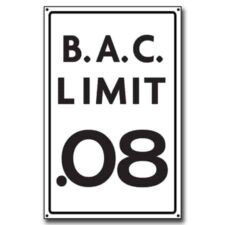 Anyone who has ever been stopped and arrested for drunk driving might wonder exactly why lawmakers choose .08 as the blood alcohol concentration (BAC) where you’re officially considered too drunk to drive.

It began back in 2000 when President Bill Clinton signed the Department of Transportation Appropriations Act.  In that act there was a provision that each state must follow a .08 BAC per se law or they’d all began losing their federal highway construction funds. Before the Act only nineteen states, the District of Columbia, and Puerto Rico had .08 as their legal BAC.

A recent Op-Ed in the Huffington Post by an Emergency room physician stated two important facts that could sway lawmakers minds about the switch from .08 to .05.

Although the NTSB recommends the drop and there are supporters, you have to wonder whether or not it will happen any time soon. It’s definitely to increase the number of people arrested for drunk driving, and if they’re arrested, it could make them really think about what they are doing before they put the keys in the ignition.