Here’s How Ignition Interlocks Are Used In The USA

You are here: Home / General Information / Here’s How Ignition Interlocks Are Used In The USA
June 10, 2016 by Matt Talley 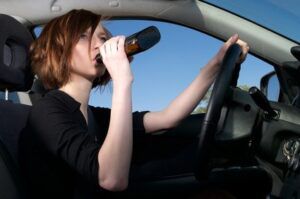 Mothers Against Drunk Driving (MADD) have been advocating for ignition interlocks for as long as they’ve been running their Campaign to Eliminate Drunk Driving. The organization believes they are the best option to stop a drunk driver from making the same mistake again, and they’ve work side by side with lawmakers who change drunk driving laws to include an all offender ignition interlock law.

There are 26 states now on board with all offender laws and several states have pending laws, so there’s never been a better time for the Traffic Injury Research Foundation (TIRF) to share a survey of how ignition interlock are used across the United States. With twenty-eight states participating, TIRF also invited input from eight ignition interlock manufacturers.

The study took a look at each state and examined how they managed their ignition interlock programs. Each state has some sort of interlock law on the books, but only 26 states are deemed all offender by MADD as they require an ignition interlock for anyone who receives a drunk driving conviction with a blood alcohol concentration (BAC) of .08.

The information they were looking for included arrests for drunk driving, whether the person was a first offender or a repeat offender, what type of conviction they had, and how the ignition interlock was used. Some of the data they compiled included the following:

Ignition interlock devices are a win/win for offenders and everyone on the roads with them, and MADD won’t rest until every state has passed an all offender ignition interlock law. When it comes to keeping roads safe, it’s the best option for everyone.

Teens Actually Listen, So Talk To Them About Underage Drinking
Next Post: Why Did I Just Fail My Ignition Interlock Test?