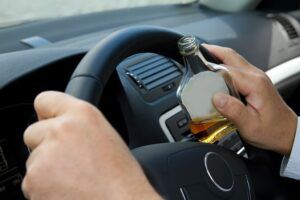 The average driver might find it difficult to believe, but you’re sharing the road every single day with people who have multiple driving under the influence (DUI) convictions and are still driving drunk. People are being arrested for their 4th, 6th, or even their 8th time drunk driving, and it happens more often than you think.

A Fort Worth man was sentenced to four years in prison for a 7th driving while intoxicated (DWI) conviction, only to leave the jail and almost immediately receive an 8th DWI charge. He drove into the back of another vehicle at a stoplight and was found to have a blood alcohol concentration (BAC) of 0.27. Although the details of his 7th DWI conviction are not known, according to Texas DWI laws repeat offenders with 3 or more convictions will pay fines up to $10,000, lose their license for up to 2 years, and must install an ignition interlock device to prevent them from driving drunk again.

Just like the man in Texas, a Florida man is now on his 8th DUI charge. He was stopped after driving recklessly near Sarasota, and managed to jump from the moving vehicle and attempted to flee the scene. He refused to submit to a blood or breath test, but he’s probably since found out that refusing the breathalyzer in Florida can net you penalties that are just as harsh as those for a first offender. If you refuse you could lose your license for one year, and repeat DUI offenders in the state will receive license suspensions and an ignition interlock device for a period of time.

Long term jail time, long term driver’s license suspensions, and ignition interlock programs for several years to life – that’s what’s on the horizon for someone who makes the choice to continually drink and drive. To have safe roads all across the United States, lawmakers and law enforcement need to keep working together to tighten up repeat offender laws.

Why Voluntarily Install An Ignition Interlock?
Next Post: Drinking And Driving In Any Vehicle Is A Bad Idea In California