Why Are So Many Women Driving Drunk?

You are here: Home / General Information / Why Are So Many Women Driving Drunk?
November 17, 2014 by Matt Talley

It’s sad but true – we’re used to headlines where men are stopped for drinking and driving and men also appear to be the demographic most likely to end up in jail or require an ignition interlock after being convicted for driving under the influence (DUI). If you take a look on the Mothers Against Drunk Driving (MADD) website, you’ll see stats published showing that men are twice as likely to drive drunk than females, and the male demographic is involved in more alcohol-related crashes than female drivers.

But all it takes is a good look at the news lately and you’ll see that in the past few years, there has been a slow but steady increase in the amount of women who are stopped for drinking and driving. A Chicago woman was charged with driving under the influence after she crashed head on into another vehicle while driving the wrong way down an expressway. Another woman was arrested for driving while intoxicated (DWI) twice in one day, with the first time while she was dressed up as a zombie for Halloween and the second hours later with a blood alcohol concentration (BAC) of .08.

Why are more and more women getting arrested for DUI?

It may just be that we’ve become a culture where binge drinking for both genders starts in high school and has become something we view as a normal activity. Or it could be that alcohol companies have veered away from only male-focused marketing and are gearing their products specifically to women. 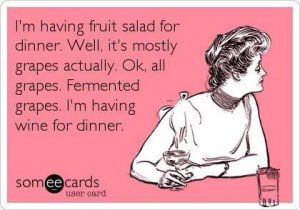 If you’re a woman, it’s trendy and fun to drink with your friends in a martini bar or share a bottle of wine with your girlfriends after a long day on the job. And if you’re a mom, it’s become funny to share images on social media about how you’re having wine for dinner or how wine makes mommy a happier person. But it’s not funny when you have your wine or cocktail then pick up your keys and head home, and it’s really scary to think that some women are also taking their kids along with them when they drink and drive.

Whatever the reason more women are being stopped for driving under the influence, it’s definitely a trend that needs to be stopped before it spirals out of control. Hopefully the implementation of strict DUI penalties and ignition interlock devices for first time offenders in many states will assist in reducing the amount of women who drink and drive.