You are here: Home / Law / Ignition Interlock And DUI Laws In Alaska
August 26, 2014 by Matt Talley 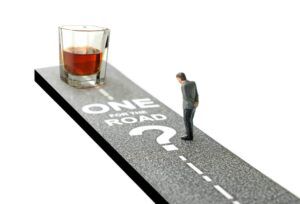 Driving under the influence (DUI) is a criminal offense in the United States. When you’re charged with DUI, you’ll receive criminal penalties like jail time, fines, and the possibility of an ignition interlock installation. You could also receive administrative penalties including a restriction placed on your license that prevents you from purchasing alcohol.

If you’re convicted of DUI in Alaska and it’s your first offense, you’ll receive:

Second driving under the influence offense penalties include:

Driving under the influence laws in Alaska don’t end with the mandatory interlock, fines, and jail time. If you’re spending time in jail due to a DUI, you could be required to take medication that will prevent you from consuming alcohol. The court might ask you to attend a drug or alcohol treatment or education program as well.

DUI laws in Alaska are strict, and anyone living or driving in the state should read up on these laws and never get behind the wheel of a vehicle after drinking.

Ignition Interlock and DUI Laws In Arizona
Next Post: Teens Take To The Test Track To Learn About Distracted Driving »