You are here: Home / Law / Ignition Interlock And DUI Laws In Nebraska
October 9, 2014 by Matt Talley 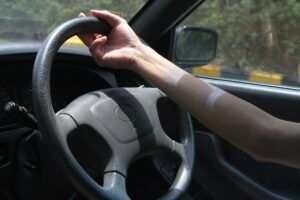 People who drive while intoxicated (DWI) or drive under the influence (DUI) in Nebraska will face penalties including high fines, license suspension, and jail time for all offenders, and that includes first offenders without a previous DWI or DUI on record.

Although the blood alcohol limit in Nebraska is .08 as it is in all states, if you are driving a commercial vehicle you can be charged with DUI or DWI if you have a blood alcohol concentration (BAC)of .04. If you are under the age of 21, you can be charged with DUI if you have a BAC of .02 or higher. And don’t think about refusing the BAC test either – if you are stopped by a police officer for suspected drunk driving and you refuse to take a breathalyzer test, you’ll automatically receive a license suspension of one year.

When you are arrested for first DUI or DWI in Nebraska and fail the BAC test, the police officer may immediately seize your driver’s license and you could receive a driving suspension for 180 days. If you have a drinking and driving conviction on record, you will lose your license for 1 year.

In addition to the loss of your driver’s license for a period of 6 months, you will receive the following penalties for a first DUI/DWI offense in Nebraska:

For a second DUI/DWI offense in Nebraska, you’ll receive the following penalties:

Ignition interlock devices and strict penalties work together to reduce the likelihood someone will drive under the influence, and that will keep roads safe for all drivers in Nebraska.

Emma’s Law Puts Guardian Interlock Technology To Good Use
Next Post: Charged With DUI? Don’t Own A Car? You Still Need An Ignition Interlock