An Ignition Interlock Could Have Stopped This Repeat Offender

You are here: Home / Law / An Ignition Interlock Could Have Stopped This Repeat Offender
August 30, 2016 by Matt Talley 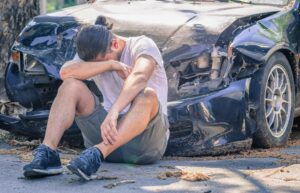 There’s no question that interlocks work to stop drunk drivers, and a recent driving under the influence (DUI) case in Redding is the perfect example of an offender who needs to drive with an ignition interlock for a long, long time.

Anthony Wilson, an Anderson, California man, was driving a stolen car recklessly at speeds of almost 80 mph in a 25 mph zone. He had two passengers with him, and the car flew into the air and went over a crest in the road, hitting two trees and a fence. When he got out of the car he threatened to kill a witness who was trying to help him, and that person followed him as he walked down a street and tried to enter different houses. When he arrived at what was his brother’s house, he went inside and remained there until police apprehended him.

When police took his blood alcohol concentration (BAC) via breathalyzer it was 0.04. While that’s not an illegal blood concentration, they calculated that because the crash had been five hours earlier, his BAC was most likely between 0.13 and 0.15 at the time of the crash. He’s pleaded guilty to charges of vehicular manslaughter.

Because Anderson has a long criminal record and is a repeat offender, the court handed him a harsh sentence of seventeen years in prison. That gives him a long time to think about the choices he’s made and why he shouldn’t have been drinking and driving. His record also makes you wish that Shasta County had participated in the ignition interlock pilot program. Maybe if it did, this tragedy could have been avoided.

California needs to pass Senate Bill 1046 so every county has access to ignition interlocks. The devices are the only way to stop drunk drivers from driving again and again, and even if they stop one more drunk driving crash like this one, it will be worth it.