You are here: Home / Law / Easing Up On Kansas Drunk Driving Offenders Isn’t A Great Idea
March 8, 2017 by Matt Talley 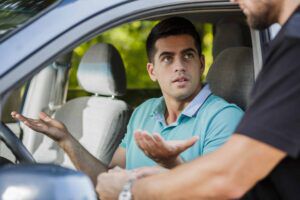 In the hands of a drunk driver, a vehicle is a dangerous weapon. Ignition interlocks are the one proven way to take away the choice a drunk driver makes to drive their vehicle, and organizations like Mothers Against Drunk Driving (MADD) and the National Safety Council (NSC) have all stood up in support of the devices. That’s why it’s so surprising that Kansas drunk driving laws may change to ease up interlock restrictions for first-time offenders.

A bill that’s currently in front of the Senate Judiciary Committee would actually change Kansas drunk driving laws to allow a first time driving under the influence (DUI) offender the option to not drive during the suspension or install the ignition interlock. The lawmaker behind the bill, Sen. David Haley, said that there are a lot of first time offenders who choose to wait out their suspension but when it’s over are told that they must install an ignition interlock anyway.

Kansas drunk driving laws currently state that a first time offender who is arrested with a blood alcohol concentration (BAC) over 0.08 is required to spend forty eight hours in jail or serve one hundred hours of community service. That offender will pay up to $500 in fines, and receive a thirty day driver’s license suspension that will also be restricted for an additional 330 days follow that initial suspension. You can even have your car impounded for one full year after arrest.

That’s not a great idea in terms of road safety and saving lives, so let’s hope that lawmakers do the right thing by not lifting the ignition interlock restriction for Kansas drunk driving offenders.