Kansas Needs DUI Reform, And They Need It In A Hurry 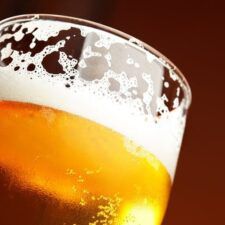 Some news stories really make you stop and wonder exactly what’s going on in the world, or at least that’s the case in Kansas. One man was recently convicted of driving under the influence (DUI) and sentenced to one year in jail. That’s keeping in line with other DUI laws across the United States, but the kicker comes when you hear how many previous DUIs this man has on his record.

Stephen Gast was sentenced to one year in county jail after receiving a conviction for his 17th DUI. Yes, you read that right—he was convicted 16 times previously, and has had a DUI track record since 1980.

The reason he is getting off so lightly when it comes to his jail time? Kansas DUI law is fairly strict up until you become a 5 time or more repeat offender. A first DUI offense in Kansas will net you a minimum of 48 hours in jail, fines up to $1,000, and a 30 day drivers license suspension. For someone who is a 4 time repeat DUI offender, he or she will receive 180 days up to 1 year in jail, $2,500 minimum fines, 1 year drivers license suspension, and a mandatory ignition interlock device in any vehicle the offender drives.

That’s a fairly strict punishment, but when you receive more than 5 DUI convictions, the penalties stay exactly the same. After that 5th DUI, your penalties in Kansas are exactly the same as if you were a 5-time offender. That’s why Gast, with 17 DUIs on record, only received one year in jail.

Given the light sentence, it’s good news that Mothers Against Drunk Driving (MADD) has stepped up and begun pushing for DUI reform in the state. They’d like to see DUI offenders like Gast to have a mandatory lifetime ignition interlock installation and would like to require repeat offenders to serve stricter jail terms.

If there are more people like Gast in Kansas, the state really does need to step up its DUI laws. It shouldn’t take a crash to stop someone who has driven drunk 17 times.