Life After A DWI In New Mexico

You are here: Home / General Information / Life After A DWI In New Mexico
July 9, 2015 by Matt Talley 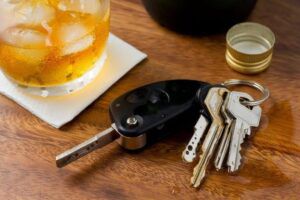 New Mexico has a few mentions in the long history of drinking and driving in the United States. It ranks fourth out of all the states for finding new ways to cut down on the number of people who are drinking and driving, and it boasts the most ignition interlock devices installed per capita.

Although it’s not the toughest state when it comes to dealing with a driving while intoxicated (DWI) conviction, but it’s definitely a place you don’t want to be charged with drinking and driving.

There are still some states where you won’t go to jail after a DWI or driving under the influence (DUI) conviction, but New Mexico isn’t one of them. From the moment you’re pulled over and fail a breathalyzer test, it’s only going to be a matter of time before you go to jail.

Jail time for first offenders in New Mexico can last up to 90 days, and during those three months behind bars you’ll have a lot of time to ponder exactly how you’re going to live without your driver’s license. For the crime of drinking and driving, you’re going to have your driver’s license suspended for a period of one year, and in addition to the $500 fine, those cabs and buses will start to make a dent in your pocket book.

If you don’t want to find out what life is like after a DWI in New Mexico, don’t drink and drive in the state.

Say Goodbye To This Ignition Interlock Loophole
Next Post: What’s The Difference Between DUI And DWI?