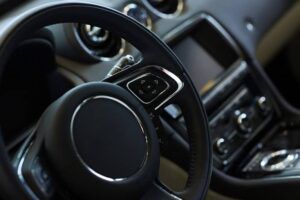 Colorado alcohol-related fatalities may have dropped by 53% over the past 13 years, but there are still people killed on Colorado roads every year because someone made the choice to drive drunk.

Public awareness campaigns are promoted by law enforcement and other organizations to teach people how to spot drunk drivers when they’re on the roads, and people can and do call in suspected drunk drivers when they see them. Unfortunately for one man, he decided to do more than call in a driver to the police – he took it one step further and lost his life trying to stop a Colorado drunk driver.

Police were called out to a domestic disturbance and arrived to find a woman had crashed her vehicle into a tree with her partner on the hood. He had jumped on the hood of the car to try to stop her from driving under the influence (DUI), and after she crashed he suffered critical injuries and died.

The driver was charged with suspicion of vehicular homicide, DUI, reckless endangerment, reckless driving, and driving with a suspended license. In addition to the penalties she’ll receive for vehicular homicide and other charges, violating Colorado DUI laws will add additional fines, longer license suspensions, and if she’s ever licensed to drive again, a mandatory ignition interlock device.

It’s a tragic outcome, and all because someone made the choice to drink and drive. If you think you’ve spotted a drunk driver, here are a few tips from Mothers Against Drunk Driving (MADD) to keep you safe:

For more information on how Colorado is working to keep drunk drivers off the roads, take a look this post on what happens if you are in an alcohol-related crash in Colorado.

Taking The Steps To Stop Your California Teen From Underage Drinking
Next Post: Social Media Works For And Against The Fight To Stop Drunk Driving