Crashing In Colorado? An Ignition Interlock Will Be Waiting For You

You are here: Home / General Information / Crashing In Colorado? An Ignition Interlock Will Be Waiting For You
October 27, 2014 by Matt Talley 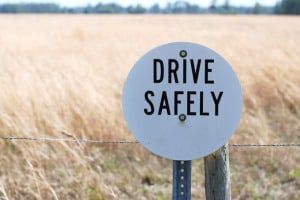 Colorado has been popping up in the news a lot lately. The first state to legalize marijuana, there have been a lot of publications taking on the issue of driving under the influence of drugs or alcohol and the crashes caused by people who made that choice. From a 7 car pileup caused by an intoxicated driver to a Colorado State University student involved in an alcohol-related hit and run, the stories from the state seem to come in at a steady pace.

Because there appears to be non-stop crashes and after 500 people died on Colorado Highways in 2013, Colorado State Police decided to implement the Zero/Zero campaign. Aimed at bringing down the number of fatal crashes, the campaign was designed to step up law enforcement and reduce distracted driving and driving under the influence (DUI).

Although the campaign was launched this past weekend, their goal of zero crashes was unobtainable after they logged three fatal crashes in 24 hours. The police did manage to stop over 700 cars and issue 389 tickets including 21 drivers who were stopped for DUI. They also attended 5 crashes caused specifically by drivers under the influence of drugs or alcohol.

It’s surprising that Colorado has such a high rate of crash fatalities considering they have ignition interlock and driving under the influence laws. In the state you can be charged with DUI with alcohol or drugs or driving while ability impaired (DWAI). Both have different penalties depending on your blood alcohol concentration (BAC) but even a first offense can net you a year in jail, fines up to $1000, and the possibility of an ignition interlock installation.

Although the Zero/Zero campaign could be deemed unsuccessful because of the amount of crashes that occurred, law enforcement in the state are successful in that they are stepping up patrols, requiring ignition interlock devices for drunk drivers, and trying new things to get a handle on the overall problem of DUI with drugs or alcohol.

If you’d like more information on Colorado’s DUI and ignition interlock laws, you can find it at Guardian Interlock’s Colorado State page.

Are You Eligible For DUI Expungement?
Next Post: Parents, Ask School Bus Drivers To Install An Interlock Device »