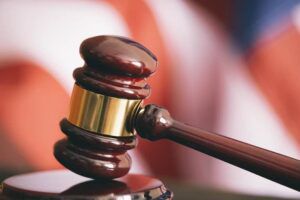 One man in Minnesota challenged the state’s driving while intoxicated (DWI) laws recently, and there are a lot of people anxiously waiting for the Supreme Court ruling on the case. That’s because this change to Minnesota DWI law could have the power to affect change for DWI and driving under the influence (DUI) laws across the United States.

Minnesota, a state with a serious DWI problem, has made it a criminal offense if you refuse the breathalyzer. One man charged with DWI in the state decided to challenge that law, arguing that the breathalyzer is considered an unlawful search. After a court in Minnesota decided otherwise, he took his case all the way to the Supreme Court.

Now that this one ruling is in front of the United States Supreme Court, it has the potential to change DUI and DWI laws across the country. If the man charged with Minnesota DWI  is successful and it’s deemed unconstitutional to force someone to submit to a breathalyzer, it’s highly likely that all states will adopt similar laws. That means everyone, no matter where they live, will have the right to say no if police ask you to blow into a breathalyzer.

What impact could this have on drinking drivers? It depends: if people know they don’t have to submit to a breathalyzer, they may feel a lot more confident about drinking and driving. And if they feel more comfortable drinking and driving? Everyone on the roads in the United States could be affected.

15 Years To Life For Drunk Driving In California
Next Post: Keep driving Illinois, As Long As You Have An Ignition Interlock