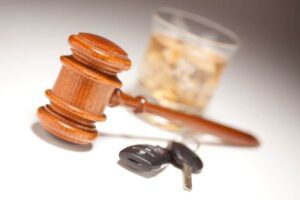 Being charged with drunk driving in Missouri gives you a lot to think about, and the penalty system isn’t as cut and dried as paying a simple fine or losing your driver’s license for a brief period of time. According to Missouri ignition interlock and drunk driving laws, you’ll need to work your way through both criminal and administrative penalties before you’ll be able to move past your driving while intoxicated (DWI) conviction.

If you’re charged for drunk driving in Missouri one time, you’ll have to spend up to six months in prison. Your maximum fine is $500, and you’ll have to attend an alcohol treatment and addition evolution program. When it comes to driving, you’ll have to consider cabs and buses because you’ll lose your driver’s license for a ninety day period. Depending on the circumstances of your DWI, you may also be asked to install an ignition interlock in any vehicle you drive.

If you make the mistake of drunk driving in Missouri for a second time, you’ll spend more time in jail. There’s a one year maximum incarceration period and up to $1,000 in fines. You’ll lose your driver’s license for a one year period, and you may be required to install an ignition interlock after the one year period.

Getting stopped for drunk driving can be a life changer, so do yourself a favor and avoid the jail time, fines, driver’s license suspension, and Missouri ignition interlock by skipping the drinks if you plan to drive.

Kansas Drunk Driving Laws State No DUI On Lawnmowers
Next Post: An Ignition Interlock Could Have Stopped This Repeat Offender