No One Is Safe From A Drunk Driver 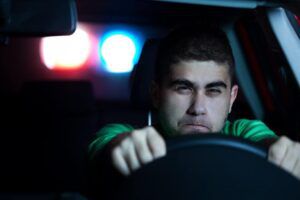 An annual race called the ‘Horse Hundred’ was being hosted recently, and the driver of a pickup truck was traveling in the opposite lane of the race when he crossed the line and crashed right into a bike rider. The bike rider hit the windshield, sailed over the cab of the truck, and landed right on the truck’s back bed cover.

That wasn’t enough to stop the driver though. With the bike rider still on the back of his truck, he kept driving straight to a trailer park. Police soon found him, discovered he was impaired, and he was arrested on suspicion of drunk driving. The bike rider succumbed to his injuries soon after.

In general, Kentucky follows a set of driving under the influence (DUI) penalties that includes jail time up to one year, fines payable up to $1,000, and a driver’s license suspension for anywhere from 120 days up to 60 months. There is also an ignition interlock program, but according to Kentucky DUI laws, an ignition interlock can be assigned only at the discretion of the judge.

In this case, the driver may be charged with DUI with aggravating circumstances because he caused a crash that resulted in death. That could bump his jail time up to 240 days and result in the driver being charged with a Class D felony.

What should have been a fun bike race turned into a tragedy, and all because someone made the choice to drink and drive.

Ignition interlocks Are Working In Michigan
Next Post: The Battle Of The Breathalyzer