A Painful Reunion And Reminder Not To Drink And Drive

You are here: Home / General Information / A Painful Reunion And Reminder Not To Drink And Drive
December 22, 2015 by Matt Talley 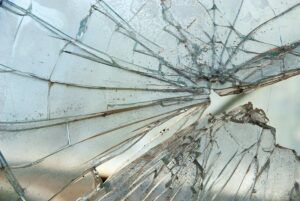 Imagine you’re a kid and you’re waiting outside of your school for your mom to pick you up. It’s well past the time she said she’d be there, and you’re starting to wonder where she is. You keep waiting, but she never comes. Not long after you find out she was in a crash, and that crash was caused by someone who made the choice to drink and drive.

Unfortunately this scenario happens every single day, and when it happened to Courtney Pegones, she said it was the worst day of her life. Now years later the Minnesota Department of Public Safety decided to play host to a painful reunion between Courtney and the man who killed her mother by making the decision to drink and drive that day.

Craig Barnd decided to attend the meeting with Courtney to highlight the dangers of drinking and driving, and he spoke out at the meeting to share his experience. With a blood alcohol concentration (BAC) of .16, he now realizes he never should have been behind the wheel.

The Minnesota State Patrol also took the opportunity to let the public know that they are stepping up law enforcement between Thanksgiving and New Years, and if you drink and drive, you’re going to be help accountable with stiff penalties. A first driving while intoxicated (DWI) offense in Minnesota will net you up to 90 days in jail, $1,000 in fines, 90 days of drivers license suspension, and an ignition interlock device.

If the penalties aren’t enough to stop you from drinking and driving, maybe the thought of Courtney will. Imagine her standing there outside her school, waiting for her mom who was innocently driving to pick her up when someone crashed into her. That visual may be enough to someone think before they drink and drive.

The Best Anti- Drunk Driving PSAs From Across The Pond
Next Post: Will NHTSA’s Safer Mobile App Stop People Who Drink And Drive?