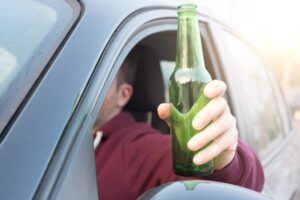 There seems to be a run on destructive drunk drivers lately, because more than one drunk driver from more than one state has taken his vehicle and turned a neighborhood into a real-life demolition derby. These people might have thought it was fun at the time, but the ensuing Pennsylvania drunk driving charge has curbed one of these drivers for the near future.

Bispo Alvair was drunk driving at three am when he began smashing into cars. He managed to hit 10 cars, leaving skid marks and smoke behind as he sped down the road on only three tires. Witnesses who saw him thought he was out of control, and he almost hit a few pedestrians who were walking to their own car.

His vehicle even caught fire, but that didn’t slow him down. Instead he managed to drive with the vehicle sideways, giving him the opportunity to smash vehicles on both sides of the street. That’s when he hit another 17 vehicles.

Thankfully no one was injured during his vehicular rampage, and not long after he made the decision to ditch his SUV and make a run for it. Police were nearby, and they arrested him for drunk drunk driving before he could get away.

This driver was charged just in time to be held accountable to new Pennsylvania drunk driving laws. Now any first-time offender who has a blood alcohol concentration (BAC) of .10 is required to install an ignition interlock in any vehicle they drive. Before that change to the laws, a first offender would just have had his or her driver’s license suspended for one year.

Hopefully this is the end of a short-lived crash spree for these drunk drivers, and that the ignition interlock they may need to install stops them the next time they think about drinking and driving.