Not Your Average Virginia Drunk Driving Offender: Priest Gets His 2nd DUI

You are here: Home / News / Not Your Average Virginia Drunk Driving Offender: Priest Gets His 2nd DUI
October 23, 2017 by Matt Talley 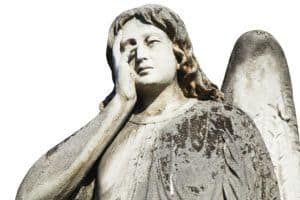 Not every state has a lookback period of 10 years, although it is common. Alabama only has a five-year lookback, Washington state has seven years, and Texas lookbacks last a lifetime.

One of the reasons why states have these periods of time established is because they don’t want drunk drivers to receive the same level of punishment for each drunk driving conviction. If they continue to make the choice to drive drunk, they should receive harsher punishments than they did for their first conviction.

That 10-year period is exactly why a Virginia Catholic priest appeared in front of a judge to face his second charge of Virginia drunk driving. Father Walter Lewis was driving late in the evening when he was stopped by police because he was crossing the center line.

He blew .11 on a breathalyzer and he was arrested for drunk driving. That’s when police found out he also had a previous Virginia drunk driving conviction from 2011. For that conviction, he received a 12-month sentence in jail that was suspended as well as a restricted driver’s license.

Although it must be a little unnerving having a priest appear in front of you for sentencing, the judge in this case did hand down a harsher punishment. Because he pleaded no contest to the charges, he received 12 months in jail that was entirely suspended except for 10 days. He also lost his driver’s license for three years, and he’ll be able to apply for a restricted driver’s license requiring him to drive with an ignition interlock for one year.

It just goes to show that anyone, even a priest, can be a repeat offender. If they drink and drive, they’ll pay the price just like everyone else.

Friday Fallout: How Do You Get 28 Minnesota Drunk Driving Arrests?
Next Post: A Few Scary Statistics On Halloween Drunk Drivers