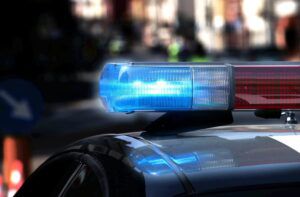 If anyone knows how dangerous a drunk driver is, it’s someone from Texas. Texas drunk driving arrests have consistently ranked at the top of the charts in the United States, and that’s the reason why the state decided to pass a Texas all offender ignition interlock law.

Obviously the passing of the new law and the ensuing crack down on drunk drivers is having an effect on the people in Texas, because at least a few people seem to be paying attention to what’s happening on the roads right now.

Jonathan Chumley was driving down an interstate in Galveston County, Texas with his family in the vehicle when he noticed a car on the road that wasn’t keeping up with traffic. Cars were driving between 70 and 80 mph, but this vehicle was only doing 30 mph and cars had to swerve around him to avoid crashing.

With his wife recording video, he decided to turn on his emergency lights and tail the car. Calling 911, he stayed with the car until the driver left the freeway and drove off the road. Not long after police showed up and the driver was arrested for his third driving while intoxicated (DWI) charge.

Like a lot of people in Texas, Chumley has a personal connection to the fight against drunk driving. His mother was killed by a drunk driver and the offender only received six years in prison for his crime.

Given the rate of Texas drunk driving arrests, incidents like these are common on the highways, and this driver provides a good example of how to do the right thing when you spot a drunk driver. Always call law enforcement at 911 and take any directions they give while keeping a safe distance. Even if you aren’t 100% sure that the driver could be drunk, it’s always better to be safe than sorry.