The Real Cost Of A DUI 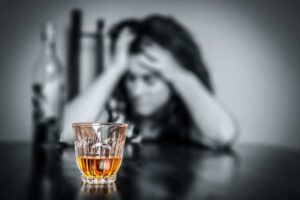 Anyone who has received a driving under the influence (DUI) charge will tell you they didn’t set out to get one. Even if it was their 10th time driving drunk, the thought that they could get stopped or crash probably never entered their mind. But facts are facts – there is a real cost of a DUI, and if you continually drink and drive, it will catch up to you eventually. A DUI charge has long term consequences for anyone who receives one.

Not all states require jail time for first offenders, but a large number of them require time in jail for repeat DUI offenders. California is one state that does both. First offenders will spend up to 6 months in jail, while repeat offenders can spend up to 1 year. That time in jail may affect your employment and any future job prospects.

A DUI can cost thousands of dollars in fines, but it’s the extras that really add up. Court costs, administrative fees, DUI education programs, and your monthly ignition interlock program can break the bank. It can take years to pay off the debt incurred by one night of drinking and driving.

The opinion of friends

With so many public service announcements, ad campaigns, and crackdowns by police on drunk drivers, the public’s opinion of drunk drivers has changed. It might have been cool to drink and drive back in the 1940’s and 1950’s, but these days it’s anything but. Even if you managed not to crash and kill someone, your friend’s and family won’t have the same opinion of you after a drunk driving conviction.

You’ll have to live with the long-term consequences

Drinking and driving is a choice, but there is never a situation when it’s the right choice. Avoid the long-term consequences of a DUI by choosing to drive sober or ask a designated driver for a ride when you drink.

Failed your interlock device test in California?
Next Post: The Lowdown On The HB 86 Ignition Interlock Bill