You Can Refuse The Breathalyzer In Kansas

You are here: Home / Law / You Can Refuse The Breathalyzer In Kansas
March 21, 2016 by Matt Talley 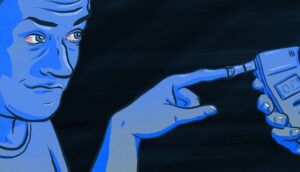 When you’re arrested for drunk driving in Kansas you have the right to remain silent, the right to an attorney, and the right to flat out refuse the breathalyzer test when asked to take one. It’s hard to believe, but it’s true.

Most states have an implied consent law, meaning if you accept a driver’s license in the state and operate a motor vehicle, you automatically agree to submit to breath or blood tests if an officer of the law suspects you of drunk driving. Kansas made it a criminal offense to refuse the breathalyzer, and that offense carried up to six months in jail, fines up to $1,000, and the exact same one year driver’s license suspension someone convicted of drunk driving would receive.

After four separate cases challenging the law, the Kansas Supreme Court has struck it down with a vote of 6-1. The court ruled that forcing a driver to submit to a breathalyzer violates a drivers’ Fourth Amendment right to unreasonable search and seizures, and an individual has the right to withdraw consent.

How will this ruling affect drunk driving cases in the state? Mothers Against Drunk Driving (MADD) released a statement saying that the decision was a loophole for Kansas drunk drivers. The organization is supportive of any tool law enforcement can use to keep drunk drivers off the roads, and one of those tools is the breathalyzer.

The real problem is not just how it will affect drunk drivers in Kansas, but how the ruling will affect drunk drivers across the United States?  If one state Supreme Court can strike down an implied consent law and rule it unconstitutional, this could set a precedent for other states. Any state with criminal refusal charges could see people jumping on board to seek out a ruling against their own laws.

If that happens, soon everyone will have the option to refuse the breathalyzer, and that’s not going to help stop drunk drivers.