When Your Ride Sharing Service Driver Is Drunker Than You

You are here: Home / General Information / When Your Ride Sharing Service Driver Is Drunker Than You
December 15, 2017 by Editorial Staff 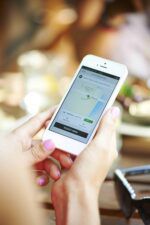 There is no question that ride sharing companies Uber and Lyft have saved lives. It makes it easy to find a sober ride home when all you have to do is pick up the phone, open a ride sharing service app, and tap a few times to find a ride in your area.

But what do you do when your Uber driver isn’t as sober at all? That was the case in Phoenix recently when a man contacted Uber for a ride and his ride appeared to be drunk. He had been out with friends and they had been drinking, so he decided that the smart thing to do was contact Uber and ask them for a safe ride home.

When the driver showed up and they all got in the car, the man noticed something wrong. As he was driving, the Uber driver commented to the group that he needed to stop drinking so much. Because he was concerned that his driver was drunker than he was, the man who requested the ride began to record the conversation and contaced Uber. He wanted to get the driver off the road.

Uber wasn’t complying at that point, so he contacted 911 instead. When police pulled the Uber driver over, he blew .24 on a breathalyzer. That’s three times the legal limit of .08, and he was supposed to be the sober ride for whomever he was assigned to that night.

Uber has since removed the driver from its service. Although this kind of situation is rare, it does highlight how you still need to be vigilant when choosing a ride sharing service or searching for a sober driver. All too often people just want to get home after a long night out, and they narrow their choices down to the ‘most sober’ person in the group.

That choice can end in tragedy, so whether you’ve picked a ride sharing service or you have a friend driving you home, make sure that driver is truly sober before you get into the car with them.