Everyone In San Diego Should Support All Offender Ignition Interlocks

You are here: Home / General Information / Everyone In San Diego Should Support All Offender Ignition Interlocks
February 4, 2015 by Editorial Staff 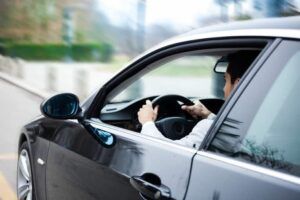 We’ve passed through the busiest time of year as far as drinking and driving is concerned, and now that the tally is in for New Year’s Eve, it doesn’t look good for San Diego and Orange Counties.

The state of California reported 309 driving under the influence (DUI) arrests within the 12-hour period of December 1st, 2014 to January 1st, 2015, and that number is lower than the same time last year when they reported 324 arrests.

The increase is a concern for Highway State Patrol who work around the clock to keep California roadways safe, but this upswing in DUI rates could have bigger implications. There’s an all-offender ignition interlock bill on the table right now, and the lawmakers behind it need all the data and support they can get to show how great the need for an all-offender ignition interlock law is in California.

How can an ignition interlock law reduce the amount of drunk drivers on California roads? The bill proposes a 5-year pilot program that would see first offenders installing the device for a period of six months. Repeat offenders will have to install the interlock for longer periods of time, and because California currently has a volunteer ignition interlock program, having mandatory participation would force drinking drivers to use the device or not drive at all.

Kicking off the year with an increase in DUI rates may not be a sign of good things to come in these counties, so if you want to help stop drunk drivers, it’s time to speak out and support the all-offender ignition interlock bill in California. For more details on the all-offender ignition interlock bill, take a look at this post on Guardian Interlock.

Florida, It’s Time For An All-Offender Ignition Interlock Law
Next Post: If You Received A DUI Conviction In Colorado, You Better Read This