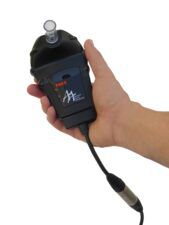 Ignition interlock devices have one main purpose: to stop a drunk driver from driving his or her vehicle after they’ve been drinking. Some states have a threshold of as low as .01 blood alcohol content (BAC) to stop a convicted offender from drinking and driving with an interlock, and if they blow anything beyond that amount, the car simply won’t start.

But an ignition interlock won’t stop a drunk driver who’s required to use one but doesn’t, and although Washington State advocates for interlocks for all offenders, they’ve seen their fair share of non-compliance where this penalty is concerned.

Alexander Peder was required to use an ignition interlock because he was a repeat drunk driving offender in Washington State. He already had two previous drunk driving convictions on his record because he had crashed into and killed two teens while drunk, and he managed to plead down to lesser charges but was still required to drive with an ignition interlock after he was released from prison.

The problem? He didn’t bother using that mandatory ignition interlock. Thanks to a report from his ignition interlock provider police knew he was rarely driving the car it was installed in, and when the Washington State Patrol stopped him they discovered he wasn’t driving with one. They also found he was drinking alcohol, and that violated another condition of his release from prison. As for any violation of state law, there are penalties to pay for noncompliance: he’s now been charged with driving a vehicle without his interlock.

Ignition interlock compliance is a huge issue for states with all offender ignition interlock laws, and it’s good for offenders in any state to keep in mind that you can’t just skip the penalty and pass by unnoticed. Eventually it will catch up to you, and if you’re lucky enough to not injure or kill someone because you drove drunk again, that violation will come with its own set of penalties.

Texas Driver Arrested For Drunk Driving After She Calls Herself In
Next Post: Mom Lets Eight Year Old Steer So She Can Drive Drunk