You are here: Home / Offbeat / Like Strange Drunk Driving Stories? Try Burger King On For Size
January 8, 2018 by Matt Talley 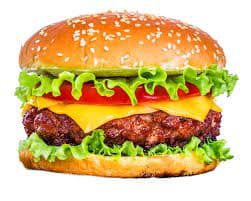 There were a lot of strange drunk driving cases in 2017, and many of them involved McDonald’s drive-thru restaurants. It seems like the place to be when you want a snack after a night out, and people don’t mind driving drunk to get there.

But one man in Galesburg, Illinois decided he wanted Burger King instead of McDonalds after a night out, and he wanted to do a little identity theft too. This strange drunk driving story began when he showed up at the restaurant just before one am. Witnesses promptly called him into the police after he was spotted driving erratically in the parking lot. Police arrived just after he almost hit a pedestrian and crashed his car.

When they asked him what his name was, he said it was “Burger King.” In addition to him giving offering up such an odd and obvious name, police noted that he smelt of alcohol and had glassy eyes.

Unlike the real Burger King, this driver wasn’t happy to assist anyone. He refused to cooperate with the police, and when medical assistance arrived, he used racial slurs to try to get rid of them. He was so steadfast in his refusal to cooperate that police had to pick him up and carry him to the police station, and he promised them that Donald Trump was coming to beat them up.

This strange drunk driving case doesn’t end with this man being jailed either. He was sent to the hospital for assessment and he told the doctors that another doctor was coming to give him a million dollars. When he was sent back to jail he told the police officers that they were Satan worshipers.

All in all, it was clear that the man who claimed to be Burger King was actually just really drunk. He was charged with driving under the influence in Illinois, reckless driving, and resisting arrest.

Previous Post: « Yes, That’s Santa Arresting The Abominable Snowman For DUI In Oregon
Next Post: Police Officer Saved Her. Then He Arrested Her For Florida Drunk Driving »