Victims Stand Up And Ask For Stronger DUI Laws In Kansas

You are here: Home / General Information / Victims Stand Up And Ask For Stronger DUI Laws In Kansas
November 25, 2014 by Matt Talley 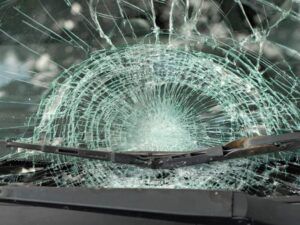 When a drunk driver hit Mija Stockman on December 20th, 2013, her life changed in an instant. The mother of 3 suffered from traumatic brain injury with severe physical trauma, and a year later, still has limited mobility and undergoes physical therapy 100 miles away from her house. She’ll require 24-hour care by a nurse when she does return home.

The driver who hit her, Jeffrey Paul Davis, had a blood alcohol concentration (BAC) of .18 at the time of the crash. That’s over double the legal limit, and he was charged with aggravated battery while driving under the influence (DUI). It wasn’t his first DUI either – a resident of California, this is Davis’ 3rd arrest for driving under the influence, but it looks like he’ll be spending less than 2 years in jail for severely injuring Ms.Stockman in the crash.

Why such a light sentence for a drunk driver who caused life long injuries? And why was a third time DUI offender driving without an ignition interlock device? It all comes down to the strength of Kansas DUI laws.

Although the details of Mr.Davis’ previous DUI convictions are not known, a third DUI conviction in Kansas is a felony offense with penalties of up to one year in jail, fines ranging from $1,500 to $2,500 and a mandatory license suspension of one year. Kansas also has interlock device laws requiring a second, third, or fourth DUI offender to install an interlock device for a period of only one year.

Some states require ignition interlock devices for at least 7 years for 2nd conviction and up to 10 years upon a third conviction, so Kansas interlock laws and DUI definitely need to be brought up to speed. That’s where the Stockman family and local lawmakers come in. They’d like to start toughening up Kansas DUI laws by passing a bill called Mija’s Law.

Mija’s Law will ask for changes in a section of Kansas DUI laws that deal with great bodily harm and disfigurement inflicted by DUI. If passed, a longer prison sentence will be required and the felony level will be increased for any drunk drivers in crashes like the Mija Stockman crash.

Drunk driving crashes cause life changing injuries and death every single day in the United States. Maybe if they toughen up DUI and interlock device laws in Kansas, the state will see a drop in their DUI crash rate.

Give Thanks And Drive Sober This Holiday Weekend
Next Post: Georgia Ready To Kick Off Operation Safe Holidays