The States To Watch For Teen Alcohol-Related Crashes

You are here: Home / General Information / The States To Watch For Teen Alcohol-Related Crashes
August 4, 2016 by Matt Talley 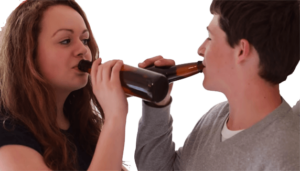 That countdown until you’re 16 years old can feel like forever, and once you have your driver’s license, finally getting to experience the freedom to drive is an exciting thing for a teen driver. Unfortunately there are a lot of teen drivers who never make it out of their teens, and its all because they end up in an alcohol-related crashes that take their lives before they’ve really lived them.

According to WalletHub, the summer season is when a lot of teens are getting their driver’s license for the first time. Coincidentally, the summer season is also when a lot of alcohol-related crashes occur thanks to summer parties and the rush back to school in August. That’s why WalletHub choose this time of year to publish the best and worst state for teen drivers.

Some states have graduated licensing (GDL) for teen drivers, and out of all those states Connecticut is the best with at least five of the seven GDL criteria met. The worst is Alabama, meeting only two out of seven GDL criteria.

If you’ve got a teen driver in the house, maybe this data will ease your mind when you hand over the keys. The best course of action you can take is to use information like this to talk with your teen. No amount of statistics are going to make your teen choose correctly when it comes to drinking and driving, but you can make a difference if you have open, honest communication about the dangers of alcohol-related crashes.

Yes California, All Drunk Drivers Are Created Equal
Next Post: Florida Man Gets His Second DUI: Time To Cry?