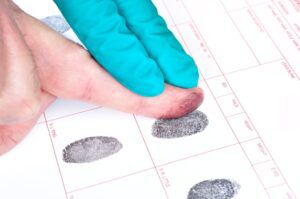 We like to think the people who create and enforce state laws are themselves above reproach. Politicians like state senators and councilmen, as well as law enforcement, should know the law better than anyone, but there seems to be a disconnect between some Texas lawmakers and Texas drunk driving laws.

A Tom Bean, Texas city councilman, Benjamin Vincent,  is the latest lawmaker in hot water in the Lone Star State. He didn’t just violate Texas drunk driving laws once; he did it twice, and managed to get a police officer fired along the way.

Vincent was driving his vehicle on a Saturday night when he veered into oncoming traffic. A police officer spotted him, and when he stopped him he was told by Vincent that he was a city councilman from a neighboring town. During the stop he also found out that Vincent was really drunk, and he admitted to drinking an entire bottle of wine before he drove.

Instead of arresting Vincent, the police officer allowed someone to come and pick him up and take him home. That should have been the end of that, because anyone who’s given a free pass and manages to avoid a DWI should never want to drink and drive again.

Unfortunately that was not the case. Having escaped jail and an immediate driver’s license suspension, he got behind the wheel drunk again on another Saturday evening. This time he crashed into another driver.

He’s now been arrested on a charge of intoxication assault with a vehicle, and if he’s convicted he could spend up to 10 years in prison. The officer who let him off the first time? He’s been fired from his job. Thankfully the victim in the crash didn’t die.

You can take a few things away from a case like this one. To start, law enforcement can’t give anyone a DWI pass, especially someone who should know Texas drunk driving laws. It also calls attention to the fact that the roads would be much safer if all drunk driving offenders in Texas would be required to install an ignition interlock in their vehicle right after arrest.

If he had been arrested the first time and he was released from jail shortly after, he could still have made the decision to drink and drive again. A driver’s license suspension won’t stop a drunk driver who’s determined to get behind the wheel; they’ll just drive anyway, so an ignition interlock is the only way to prevent them from driving again.

Let’s hope both lawmakers and police learned a valuable lesson from this case in Texas, and the next time someone mentions a city councilman and drunk driving in the same sentence, it’s because they are on the job and spending their time toughening up Texas drunk driving laws.

Watch This Texan Make A Citizen’s Drunk Driving Arrest
Next Post: Wisconsin’s OWI Laws Need To Change: Why Haven’t They?