Hard To Believe, But This Texas DWI Crash Caused By Firefighter

You are here: Home / General Information / Hard To Believe, But This Texas DWI Crash Caused By Firefighter
January 3, 2018 by Matt Talley 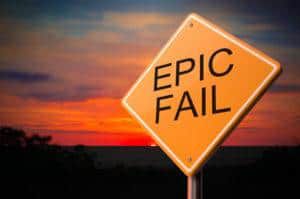 There’s not much that can be said when a public servant makes the choice to drink and drive. It’s hard to understand how, after witnessing the crashes when someone drives drunk, they could do it themselves. It’s common too, or at least it might seem that way after a recent Texas DWI crash involving an off-duty firefighter.

The Dallas-based firefighter, Horace Shaw III, was driving after drinking at a local restaurant. He was speeding when he drove over a hill and crashed into an SUV with two occupants: a pregnant teenage girl and her boyfriend. They were both ejected from the vehicle and the teen, Alyssa Pimental, died of her injuries. Her unborn baby died as well.

According to witnesses who were there after the crash, Shaw couldn’t walk straight. He declined to answer questions and was taken to jail. Since that time he’s been charged with intoxication manslaughter, and that means a stiff sentence for causing a Texas DWI crash.

An intoxication manslaughter charge in Texas is much more severe than a first or even second Texas DWI offense. This is a second-degree felony. The offender, whether that person is a public servant or just a citizen of Texas, may spend up to 20 years in prison. He could also have to pay up to $10,000 in fines, and he’ll have to perform community service as well.

The tragedy of this Texas DWI crash is that a mother and her unborn baby were killed, all because someone decided to drive drunk. It’s horrible that a firefighter caused it; a man who worked with the department for 12 years, because he should have known better. Someone on the front lines of a drunk and drugged driving should have realized what one or two drinks could do to their driving skills. If he had, this never would have happened.