Texas All-Offender Ignition Interlock Bill Onto The Next Step

You are here: Home / Law / Texas All-Offender Ignition Interlock Bill Onto The Next Step
May 25, 2015 by Matt Talley 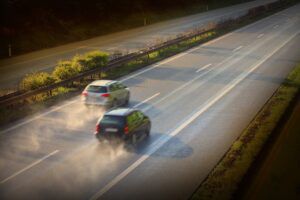 Here’s another reason why you don’t want to mess with Texas—a new all-offender driving while intoxicated (DWI) bill has passed the Texas House this past week, and now that it’s on the way to the Senate, the state may soon require all DWI offenders in the state to install an ignition interlock device in any vehicle they drive.

Sponsored by State Rep. Jason Villalba, House Bill 2246 will change existing laws to give a first-time DWI offender a restricted driver’s license if they install an ignition interlock device in their vehicle. Current laws only require ignition interlock devices for repeat offenders as a condition of their probation and first offenders who have 0.15 blood alcohol concentrations (BAC) or greater at the time of their arrest.

The lone star state is known for a lot of positive things in the United States, but they’ve never set out to have the distinction of the most DWI-related deaths. According to Mothers Against Drunk Driving (MADD), the state led the country in drunk driving deaths with 1,337 deaths and over 15,000 people injured in 2013. The local chapter of MADD testified in favor of House Bill 2246 this past April, and urged the committee to consider the bill.

Need A Reminder Not To Drink And Drive?
Next Post: Will Your Big Mac Come With A Breathalyzer?