What Would Thomas Jefferson Say
About Our July 4th Roadways?

You are here: Home / General Information / What Would Thomas Jefferson Say About Our July 4th Roadways?
July 3, 2014 by Matt Talley

Tomorrow Americans will celebrate the signing of the Declaration of Independence, the document that most of us consider one of the most important in our history. Parades, festivities and ceremonies will mark the occasion and remind us of the Declaration’s meaning.

But the day is also haunted by the specter of road deaths. The Insurance Institute for Highway Safety ranks July 4th as the country’s deadliest day, with more fatalities than any other in the year. This year the National Safety Council estimates that 385 people will lose their lives on the road this holiday weekend. That’s more than those who died fighting on both sides in the battles of Lexington and Concord and Bunker Hill combined. 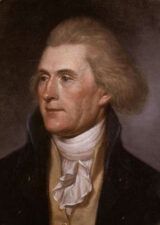 What would Thomas Jefferson and the other Founding Fathers think of those who commemorate their achievement by drinking and driving recklessly, those who have turned Independence Day into an occasion for warning as much as celebration? 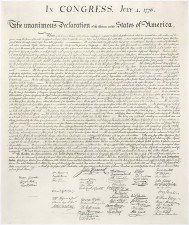 Of course, there were no cars, and even precious few roads, back in 1776. But in the Declaration of Independence Jefferson wrote that the Americans were rejecting British dominion in order to start a new government “most likely to effect their Safety and Happiness.”

Safety, security, life, happiness, the public good: these are all cited as justifications for the radical course that the Colonists took 238 years ago.

We wish you all of your your hard-won Safety and Happiness this Independence Day.

Rideshare Companies: A Fleet of
Designated Drivers a Click Away
Next Post: July 4th Advice from Ben Franklin »