Rideshare Companies: A Fleet of
Designated Drivers a Click Away

You are here: Home / General Information / Rideshare Companies: A Fleet of Designated Drivers a Click Away
July 2, 2014 by Matt Talley

Much has been written about the controversy surrounding rideshare companies like Uber, Sidecar and Lyft. The feisty companies are impinging on the territory once given over to taxis, with a difference: you can summon these mostly amateur rides with a smartphone app. No hanging on the phone while a dispatcher locates an available taxi and rounds up your ride. 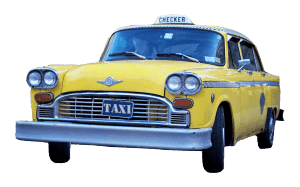 Naturally, taxi companies are panicked at the prospect of new competition from participants with no barriers to entry. Authorities are genuinely concerned about safety issues: just who are these self-appointed chauffeurs? How responsible and accountable are they, and what kind of insurance do they carry?

Among the things that offend taxi traditionalists is the practice of charging more for rush hour rides – something that transit systems have done for many years now.

Right now cities and states are working these issues out, but one thing is indisputable: having a battalion of drivers ready at the click of an icon would be a good thing for reducing drunk driving.

True, if there’s no designated driver at a party or bar one can call a taxi, but the more options there are, the better. It wouldn’t hurt if taxi companies entered the 21st Century and started using smartphone apps for hailing its cabs.

We’re used to buying camping equipment and washing machines with one or two clicks – why not a taxi ride? The easier it is for drinkers to line up a ride, the safer we all are on the roads.

Top 10 High-Drinking Jobs
Next Post: What Would Thomas Jefferson Say
About Our July 4th Roadways?