It’s Time To Stop Underage Drinking And Driving In Oklahoma

You are here: Home / General Information / It’s Time To Stop Underage Drinking And Driving In Oklahoma
March 10, 2015 by Matt Talley

Ignorance may be bliss when it comes to a lot of things, but no one living in the United States can honestly say they don’t know that choosing to drink and drive is dangerous. There are public awareness campaigns on behalf of law enforcement, media coverage of the launch of new ignition interlock programs and modifications to driving under the influence (DUI) laws, and even billboards asking people to call in drunk drivers. Despite the push to end drunk driving, every single day there are people, including teens not old enough to drink, who put the keys in the ignition and drive while under the influence.

One family in Oklahoma knows the pain of losing someone to a teen drunk driver all too well – their mother, Debra Reed, died after being hit by 20-year-old woman who was drinking and driving. Not only was she not old enough to drink, her blood alcohol concentration (BAC) was twice the legal limit and she already had one DUI on record. 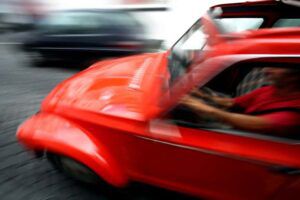 That senseless tragedy was enough to motivate one Oklahoma lawmaker to seek changes to Oklahoma DUI laws. Rep. John Enns would like to crack down on all drunk drivers in the state, but his main focus is on young drunk drivers who shouldn’t have been drinking in the first place.

Current Oklahoma DUI law for individuals under 21 includes fines, community service or a treatment program, and a driver’s license suspension for a period of time. Enns is proposing a bill that would require any underage drinker, even first offenders, who are caught drinking and driving to have their driver’s license taken away until he or she turns 21. He also added a component to the bill that would require anyone drinking and driving to have ‘DUI’ stamped on their license, preventing them from purchasing alcohol for 3 years.

The law Enns is proposing could be the wake up call Oklahoma needs to stop drinking and driving, and it may prevent another tragedy caused by a young drinking driver. For more information on how you can stop your teen from choosing to drink and drive, take a look at Guardian Interlocks’ post on talking to your teen about drunk driving.

California Laws May Tighten Up For People Who Drink And Boat
Next Post: How To Stop A Drunk Driver In Their Tracks