Your Uber Designated Driver May Have Been Drunk, And Now They’ll Pay

You are here: Home / News / Your Uber Designated Driver May Have Been Drunk, And Now They’ll Pay
May 15, 2017 by Matt Talley 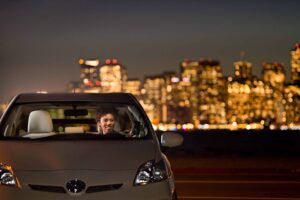 It might seem like it’s hard to come by a designated driver when you’ve been out drinking for the night, but that could be why people in California have embraced Uber as a way to get home after a night out on the town. The only problem? Uber seems to have its own issues with drunk driving.

A recent report detailed how the California Public Utility Commission found that Uber failed to suspend or investigate their drivers in California after passengers reported that they were driving drunk. They looked at a period of time between August 2014 and August 2015, and during that year they reviewed customer complaints and the action Uber took from those complaints.

The review looked at one hundred and fifty-four complaints, and they found Uber had violated zero-tolerance rules for drunk driving on one hundred and fifty-one different occasions in that year alone. In total Uber only followed up with the drivers on twenty-one complaints. Because of that lack of follow up Uber now faces just over one million dollars in fines.

But Uber is speaking out against the investigation, and although they aren’t disputing what was found in 2014, they are letting the public know that they’ve changed their policies since that year and have since cracked down on drunk driving. One of the new policies is that if a driver is under the influence of alcohol or drugs, he or she will be permanently deactivated from the Uber network.

If Uber wants to ensure their drivers never drive drunk again, there’s an easy solution: make voluntary ignition interlocks a part of the contract each Uber driver signs before driving. By having an ignition interlock in the vehicle of every Uber driver, a customer in California can feel safe knowing that the designated driver they choose to get them home safely that night actually will get them home and the company can relax knowing there’s no way a driver will be able to drive drunk.