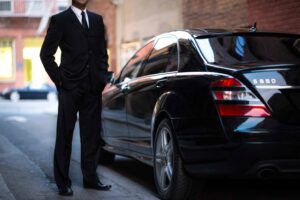 It would be hard to dispute that Uber hasn’t been having the greatest year. The latest issue that’s cropped up for the company that’s been the driving force behind ride sharing is the one issue they’re designed to avoid completely: drunk drivers, and in this case, California drunk drivers.

The company is facing a complaint published the Public Utilities Commission of California. That complaint says that it reviewed more than 150 zero tolerance complaints about Uber drivers.

Zero tolerance for California drunk drivers who drive a commercial vehicle means that the driver is supposed to be driving with no alcohol in his blood stream at all, and if he or she were asked to blow into a breathalyzer, that person would be required to blow zero.

There are a few ways a passenger can flag down someone they suspect of drinking and driving an Uber vehicle. The passenger can use  phone and in-app contacts to request a prompt evaluation of that driver. Once the driver is flagged, Uber has four ways to confirm a complaint: video evidence provided by the passenger, driver admission, a police officer pulling over the driver, and blood alcohol evidence similar to what other California drunk drivers provide.

Out of all of the zero tolerance complaints, Uber is said to have only investigated about twenty of them. They also tried to contact the driver in 50 cases, and in at least 25 cases they neglected to suspend that driver, even if that driver had received three or more complaints.

There’s even a section in the official complaint detailing how, in multiple situations, Uber didn’t pull someone cited for impaired driving off of the roads. They let that driver continue to pick up Uber customers, even if they were technically suspended from Uber.

In Uber’s defense, the period that’s said to be under investigation was between 2014 and 2014. Since that time Uber has said they’ve improved record-keeping and corporate compliance, but that doesn’t change the fact that they are still logging complaints.

Uber hasn’t commented publicly over whether or not they have California drunk drivers behind the wheels of some of their cars, but time and evidence will tell if they’re letting these drivers slip thorough the cracks.

Texans Should Take Note Of The DWI No Refusal Weekend
Next Post: DUI Laws Don’t Apply To Dogs, But They Do To Dog Owners