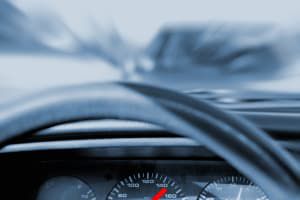 Parents of young drivers have a lot to worry about. Not only are young drivers inexperienced behind the wheel, they also have a higher likelihood of dying in a car crash than any other age group. Teens are no strangers to underage drinking either, and in 2010 22% of teens involved in fatal crashes were under the influence of alcohol. That’s why some parents are electing to install an ignition interlock in their vehicles. It’s one way to ensure their young drivers don’t get behind the wheel after drinking, and the device will give a parent peace of mind when their teens are out.

To ensure employees aren’t drinking on the job

Although the US standard blood alcohol concentration (BAC) is .08, there is a different blood alcohol concentration limit for commercial drivers. In most states the limit at which you can drive a commercial vehicle is .04%, but some employers aren’t interested in having an employee drive with any amount of alcohol in their system. Installing a voluntary ignition interlock into company owned vehicles and having drivers blow before driving makes sense for both employee safety and protecting company assets.

To keep yourself on the straight and narrow

If you have a previous problem with substance abuse or you’ve driven drunk without being stopped by the police, you may not trust yourself when you’re out after a few drinks. Installing an ignition interlock device to make sure you don’t drink and drive is a good idea, especially because drinking alcohol can make you throw good sense out the window.

Although most ignition interlock devices are installed on a judge’s order, more and more people are looking into interlock devices for teen drivers, employees, or themselves because they know drinking and driving can kill. Voluntarily installing the device is a good idea for anyone interested in staying safe on the road.