Are Utah Drunk Driving Laws Going To Stick To .05? 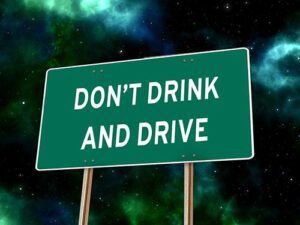 Utah drunk driving laws have seen a big change over the past year. The state has adopted a new blood alcohol limit of .05 instead of the standard US limit of .08.

Although it won’t take effect for another year, the majority of the people in the state have come out in support of the new limit. Others though, haven’t been as happy about it.

The lobbying group for the alcohol industry, the American Beverage Institute, is one of the main detractors of the new blood alcohol limit. They’ve been running ads comparing drivers over the age of 65 with impaired drivers at the .05 level. They’ve also ran ads designed to increase panic in Utah’s hospitality industry.

Some lawmakers in Utah agree with them, and they’re calling for a compromise. They’d like to see reduced penalties for anyone who is arrested between the .05 and the .08 level, and they feel that penalties for first offenders at that level should be similar to a speeding ticket.

Right now a first offender in Utah will receive a driver’s license suspension of 120 days as well as the possibility of fines and an interlock requirement for any vehicle they drive. If the .05 blood limit passes, these penalties could be required after someone drinks as little as one glass of wine or a glass of beer.

Not everyone thinks lighter penalties are a good option for Utah drunk driving offenders. Some lawmakers are looking for a full repeal of the .05 limit, though that is unlikely. The National Highway Transportation Safety Administration (NHTSA) has been advocating for a lower US blood limit for years, and Utah’s change may be beginning of the end for .08 as a legal limit.

Despite the arguing over the law, at the end of the day the .05 limit may stay put in Utah. After such a big change it would be hard to justify someone walking away with what amounts to a speeding ticket because they were stopped with a .06 or .07 blood limit.

There’s no safe amount of alcohol you can drink and still drive, and Utah may finally be the state to prove that.

Tiger Woods Pleads Guilty To Drunk Driving In Florida
Next Post: That Moment When Your Nanny Gets A Florida DUI